GENOCIDE WATCH: INDIA: KASHMIR | World Defense
Menu
Log in
Register
Install the app
You are using an out of date browser. It may not display this or other websites correctly.
You should upgrade or use an alternative browser.

On August 5, 2019, the Indian President revoked the Special Autonomous Status of India Administered Jammu and Kashmir under under Articles 370 and 35A of the Constitution of India. India has over 600,000 troops in Kashmir. Movement of people and freedom of the press are restricted. India has cut off internet communications.

At the time of Indian and Pakistani independence in 1947, Jammu and Kashmir was a princely state with a majority of Hindus in Jammu and a majority of Muslims in Kashmir. During Partition, its Hindu Maharaja chose to remain independent. When Pashtun militias invaded from Pakistan, the Maharaja acceded to the Union of India and India airlifted in troops.

Fighting between Pakistani militias and Indian troops ensued. India took a dispute with Pakistan to the UN Security Council, which passed Resolution 47 of 1948. It called for withdrawal of Pakistani fighters and reduction of Indian troops in Jammu and Kashmir. It also called for a plebiscite to determine Jammu and Kashmir’s future. The plebiscite has never been held. India and Pakistan both assert sovereignty over Kashmir. They divide the territory along the “line of control.” They have fought three wars since independence. Both nations have nuclear weapons.

In 1984, Kashmiri Muslim youth began demonstrations for Kashmiri indigenous self-determination that were crushed by Indian armed forces. Riots destroyed Hindu properties in 1986; armed Muslim insurgents targeted Hindus in 1989; and in 1990, over 100,000 Hindu pandits fled from Kashmir. Human Rights Watch reported that 50,000 people were killed in Kashmir from 1989 to 2006. The Kashmir State Human Rights Commission has evidence of 2,730 bodies buried in 40 mass graves. The Commission reported over 8000 disappearances. The Jammu and Kashmir Coalition of Civil Society said that by 2016, there were over 70,000 killings, most by Indian forces. Amnesty International reports that disappearances, torture and rape by Indian Army units against Kashmiri Muslims are common.

1. Prior genocidal massacres and continuing impunity for such killings;
2. Continued armed conflict between India and Pakistan over border areas in Kashmir;
3. An exclusionary ideology of “Hindutva” – India as Hindu nation – by Modi’s ruling BJP;
4. Authoritarian military rule without legal restraints imposed by civilian Indian officials;
5. Rule by a minority military force (Hindus and Sikhs) over majority Muslim citizens;
6. Cut-off of communications and outside access by internet, media, and trade;
7. Widespread violations of basic human rights – torture, rape, 2-year detentions without charge, arbitrary arrests and deportations of Muslim political and human rights leaders.

Genocide Watch calls upon the United Nations and its members to warn India not to commit genocide in Kashmir.

Genocide Watch has issued a Genocide Watch for Assam State, India, where millions of Bengali Muslims face losing citizenship status. A Genocide Watch is declared when early warning signs indicate that a genocidal process is underway.

Over seven million people in Assam State, mostly Muslims of Bengali descent, may lose their Indian citizenship and risk imprisonment in special “foreigner detention centers.” A process is now underway to “verify” the citizenship of all 32 million inhabitants of Assam state, which requires each person to affirmatively prove that they are Indian and not an “illegal migrant.” Beginning in colonial times, millions of ethnically Bengali Muslims settled in Assam. The 2011 Indian census put their number at 10.6 million in Assam state.

At the urging of Prime Minister Narendra Modi’s Hindu nationalist central government, Assam is updating its master list of “citizens.” Those classified as Indian citizens will receive new Indian identity cards, symbolizing their classification. Anyone not on the final “citizen” list will be presumptively declared a “foreigner,” subject to statelessness and indefinite detention.

Assam’s Muslims are especially likely to be excluded from the “citizen” list as part of a decades-long pattern of discrimination. The word “foreigners” is a common term of dehumanization used to exclude targeted groups from citizenship and the exercise of their fundamental civil and human rights. The Home Minister of India has repeatedly referred to the Bengali Muslims as “termites.” Anti-Muslim propaganda has polarized the Assam population.

These are the classification, symbolization, discrimination, dehumanization, organization, and polarization stages of the genocidal process.

Like the Rohingya of Rakhine State in Myanmar, Bengali-speaking Muslims in Assam have faced constant discrimination. Assamese ethno-nationalist independence movements culminated in the Nellie massacre of between 1,800 and 3,000 ethnically Bengali Muslims in 1983.

At least 4.8 million citizenship applicants, mostly poor Muslims, do not have documentation -- which in many cases is missing after several generations. Another 2.9 million Muslim women can only provide a marriage certificate from their local government, which the authorities often dismiss as inadequate. The proposed Citizenship Amendment Bill would offer relief to some “foreigners,” but not to Muslims, blatant evidence of discrimination, which should be struck down by the Indian Supreme Court.

Anyone left off the “citizen” list will automatically be classified as an illegal “foreigner.” The Chief Minister of Assam has declared that “[t]he people who are declared foreigners will be barred from all constitutional rights, including fundamental and electoral.”

Muslims classified as “illegal foreigners” can challenge their classification before Indian government administrators and, ultimately, special “foreigners’ tribunals” – but they will be denied due process and will have no right to legal counsel. Those adjudged to be “foreigners” will be imprisoned in special “foreigner” detention centers.

This is a classic case of denial of citizenship in order to deprive a minority ethnic and religious group of its rights. It could become a prelude to another genocide like Myanmar’s genocide against its Rohingya Muslims. The parallels to the build-up to the Rohingya genocide are shocking.

In July 2018, Genocide Watch petitioned the Chief Justice of India, Ranjan Gogoi, who is overseeing the citizenship verification process, to order that lists of citizens and “non-citizens” be classified as State Secrets never to be released to the public. Despite this warning, the lists have been made public. Numerous suicides have ensued.

Roundups of “foreigners” are likely to ignite genocidal massacres and a massive refugee crisis. If India imprisons Bengali Muslims in Assam, it will be violating its obligations under the UN Refugee Conventions. If it expels them from India, it will be perpetrating “forced displacement,” a crime against humanity. If genocidal massacres occur, India will violate its obligations to prevent genocide under the Genocide Convention.

Genocide Watch calls upon the UN Secretary General, the UN Special Advisor on the Prevention of Genocide, the UN High Commissioner for Human Rights, and key UN member states to warn India not to strip citizenship from, imprison, and forcibly displace millions of Bengali Muslims, many of whom have lived their entire lives in Assam state, India.

Genocide Watch issues countries at risk reports for various countries around the world in danger of mass killing or genocide.

www.genocidewatch.com
The Great Rise of Nine - It has begun! 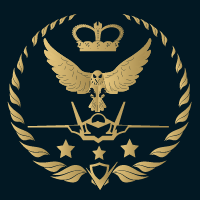 GENOCIDE WATCH: INDIA: KASHMIR Genocide Watch is issuing a Genocide Alert for India Administered Kashmir. On August 5, the Indian President revoked the Special Autonomous Status of India Administered Jammu and Kashmir under Articles 370 and 35A of the Constitution of India. India has over...